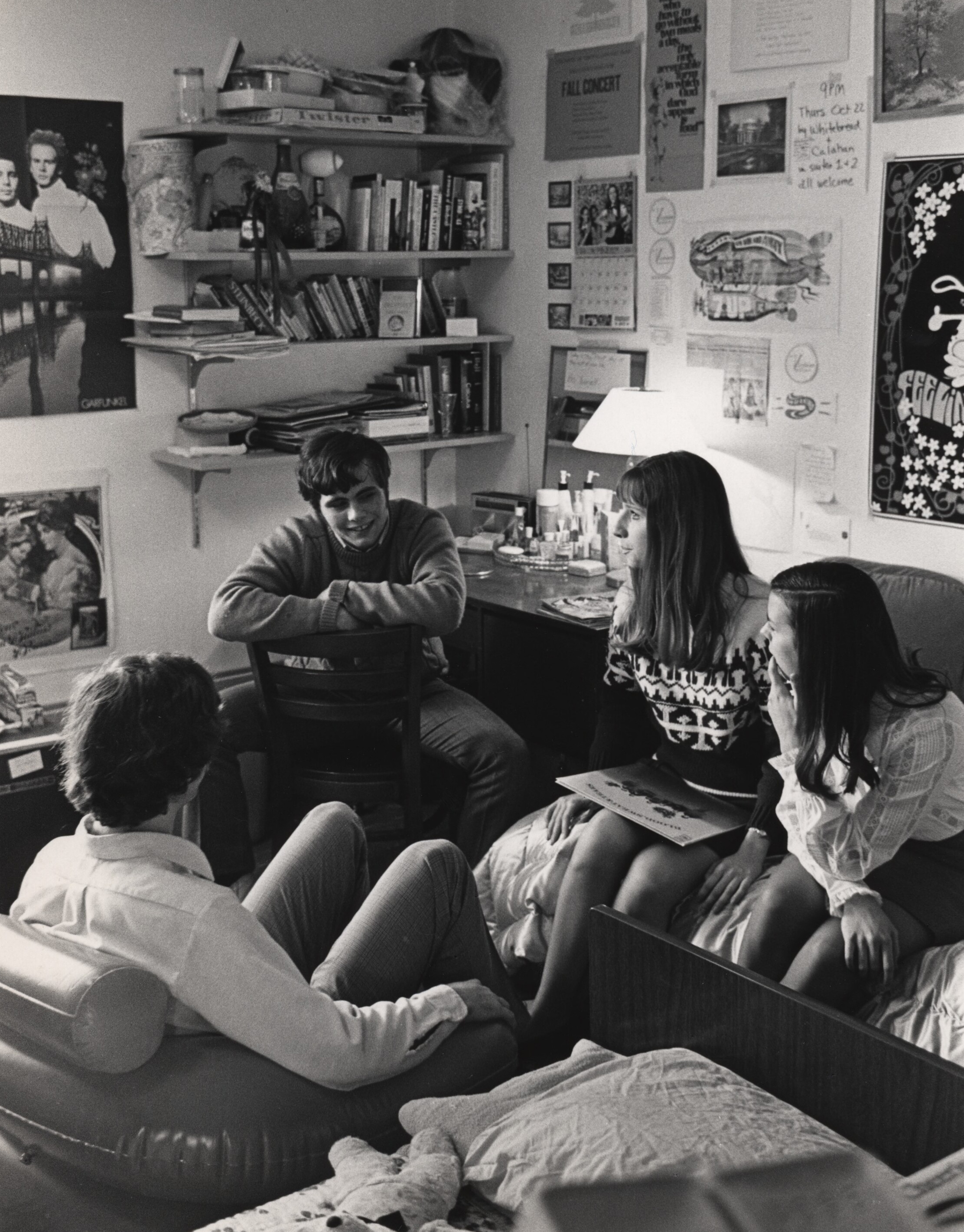 In his poem, “The Honor Men”, James Hay Jr. (Col 1903) suggests that in order to earn the right to wear the “honors of Honor,” one must, in part, put “honesty of conscience above honesty of purse.”[1] Since the inception of the Honor System at the University of Virginia, it has been understood that stealing, in addition to lying and cheating, is a violation of the Honor Code. In the 1970s, violations led to only one sanction – expulsion from the University. The sanction, while severe, is to many an integral part of the Community of Trust. But what happens when a violation of this simple code is perceived to be insignificant? What if the stolen item is monetarily inconsequential - like a can of Coke?

In 1971, a parched first-year student saw an opportunity to quench his thirst – a vending machine in Echols House, inadvertently left open. The student, along with several others, allegedly stole several cans of soda. The students were reported to Honor. On March 7, 1971, one of the students was found guilty of stealing after his eight hour hearing. In accordance with the single sanction policy, the student was given 24 hours to leave the University. The reaction of the community, however, was immediate.[2]

While matters pertaining to lying, cheating, or stealing were always considered under the purview of the Honor Committee, this particular case struck a chord with students, from first-years in the McCormick Road dorms to the Law School. Described in an open letter to the community from the Honor Committee as a “feeling of intense bitterness and disbelief,” the student body vocally reacted to the verdict.[3] The question asked by many was how could something as inconsequential as a few cans of soda warrant expulsion from the University?

Coincidentally, 1971 was the same year that the Coca-Cola Company aired their famous “Hilltop” ad featuring an iconic ballad sung from a hill by a diverse crowd of Coke drinkers: "I'd like to teach the world to sing in perfect harmony. I'd like to buy the world a Coke and keep it company”.[6][7] The mastermind behind the commercial, Bill Backer, saw Coke as a unifying force for good. He wanted people "to see Coke not as it was originally designed to be — a liquid refresher — but as a tiny bit of commonality between all peoples...".[6] At the University of Virginia, at least, a Coke seemed to have inadvertently accomplished its unifying mission.

Less than 24 hours after the panel found the student guilty, and in response to a galvanized student body, the Committee met and nullified the verdict – in effect vacating the sanction and dropping the case. The pending cases against the other involved students were also subsequently dropped. In its official statement to the community, the Committee acknowledges “while such behavior might well be construed as dishonest, the Honor Committee feels that the current student generation does not consider this act so reprehensible as to warrant permanent dismissal from the University.”[2] Despite the widespread sentiment in favor of the nullification of the verdict, other students expressed their displeasure that a violation of the Community of Trust went unpunished. One student, in a letter to the editor of the Cavalier Daily, cited “the recent example of impotence on the part of the Honor Committee as another giant stride toward the eventual destruction of the Honor System.”[4]

The “Coke Case” sparked a debate regarding the role of the Honor Committee and the single sanction that continues to the present. In the days following the nullification of the verdict, the Committee acknowledged the need for substantive discussion and reform of the Honor System, writing in an open letter “the whole incident points up the necessity to not only reevaluate particulars of the Honor System, but to engineer fundamental reforms to bring it more in line with current student opinion.”[3] In the letter, the Committee promises poll to “discover elusive student opinion.”[3] Despite the seemingly widespread support for reform, a non-binding advisory referendum in 1972 showed 66% of students preferred the simplicity and significance of the status quo – the single sanction system endured.[5]

The student body remains divided on the issue of single sanction. Since 1971, there have been 16 different student-body votes on the subject of single sanction, ranging from non-binding questions of opinion to constitutional amendments. Most recently, a 2015 non-binding question found that the narrowest margin of students, just 51%, supported a multiple sanction system. The result of this vote, a referendum was placed on the ballot in 2016 which would have allowed, but not required, Honor to create lesser sanctions. It saw slightly more support, but still failed to reach the required 60% needed to pass.[5]

What started as a simple act by a thirsty first-year student remains one of the most pivotal moments in the history of the Honor System. From a near-immediate reversal, to promises of reforms, and four decades of debate - the Coke Case has left an indelible mark on the Honor System. In spite of such fervent debate, or perhaps because of that debate, the Honor System continues to provide a Coke-like “commonality between all peoples” - one that is sure to refresh many generations of future Cavaliers.